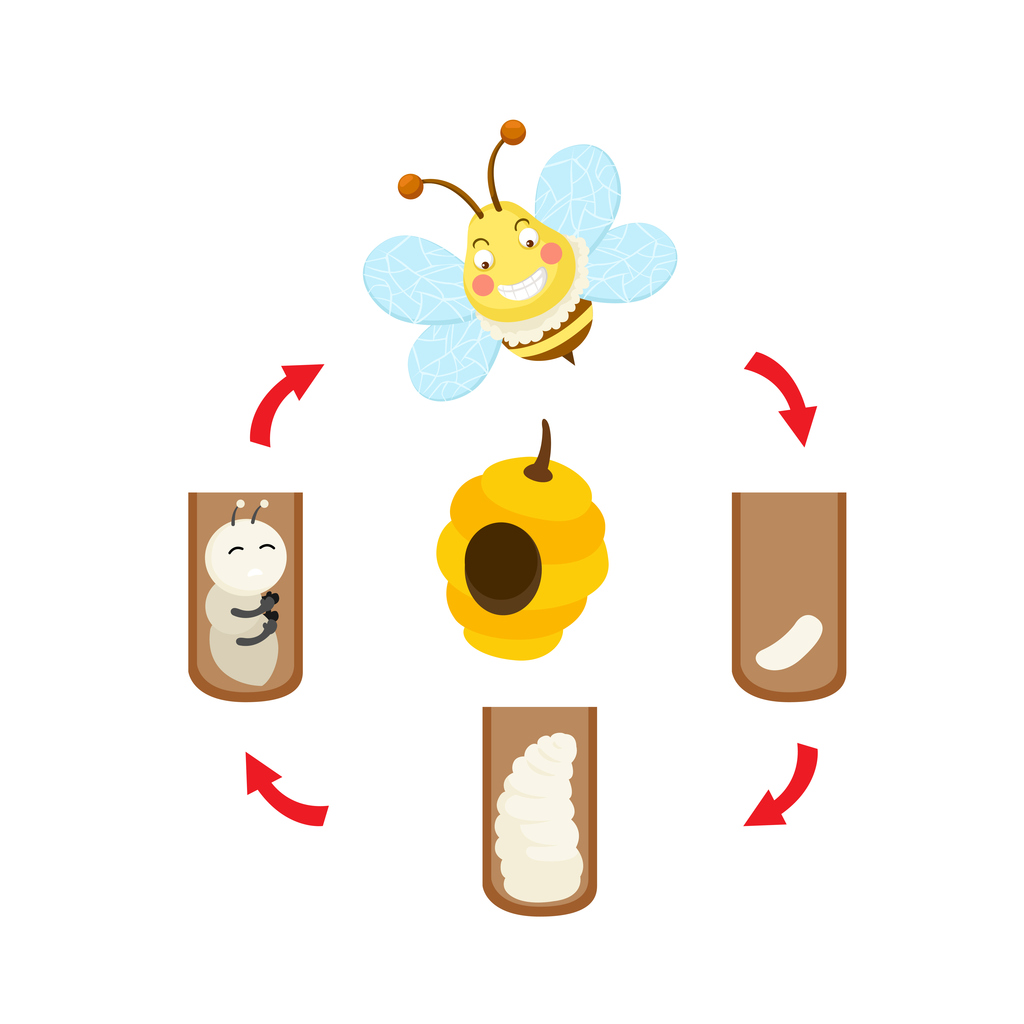 The total developmental time for a Queen bee is 16 days, 21 days for worker bee and approximately 24 days for drone or male bee. Four distinct honey bee life cycle stages can be summarized as following.

First stage of development in the life cycle is egg stage. Eggs are very tiny and have appearance of poppy seeds in shape. Every egg has an opening on the broader side that enables a sperm to penetrate in. Hatching of eggs normally occurs after three days of egg laying.

This stage generally lasts up to nine odd days. During this stage, hatched larva is almost microscopic in size without legs and eyes. Larva is fed on a diet known as royal jelly for initial two days. As the third day progresses larvae that are destined to develop into queen bees continue to fed on royal jelly, while worker larvae feed on honey, water and pollen. Larval stage for queen bee lasts for 5.5 days, 6 days for worker bees and 6.5 days for drones.

All three types of bees are now fully grown and are fully ready to accomplish their tasks. A typical colony of honeybee consists of 50,000 to 60,000 worker bees, 600 to 1000 drone bees and only 1 queen bee.