The superior Buckfast bee exists as a result of a diligent and long work of an old monastery in England Brother Adam Kehrie from Buckfast Alley. Brother Adam dedicated almost all his life to practicing beekeeping. He died in 1996 at the age of 93. The Buckfast bees have been recognized as a superior breed that possesses all the good traits of a honey bee and highly admired by beekeepers around the world.


The story began in the early 20th century when Karl Kehrie a 12 years old boy came over from German with a view to joining the community of Buckfast Alley which is also recognized for keeping bees to fulfill its need for sugar and wax for making candles. He became a young monk under the name of Brother Adam Kehrie who was then assigned to help Bother Columban in keeping the bees.


Immediately after being given the assignment, two third of Brother Adam Kehrie `s colony was immediately attacked and killed by the acarine mite, a disease that killed thousands of bee colonies in the British Islands at that time. This mite attacks the bee tracheal tubes making them choked leading to a shorter lifespan.


Brother Adam found out that the remaining 16 colonies were hybrids between the Italian bee and British native black bees. The truly native black bees died during the outbreak, although they are well known as tough bees but rather bad-tempered. Upon the retirement of Brother Columban, Brother Adam was assigned to manage Buckfast beekeeping.


He made a plan to rebuild the colonies with a clear objective to develop a new breed that is strong like the black bees and at the same time possesses resistance against disease like the Italian bee by the means of cross-breeding. 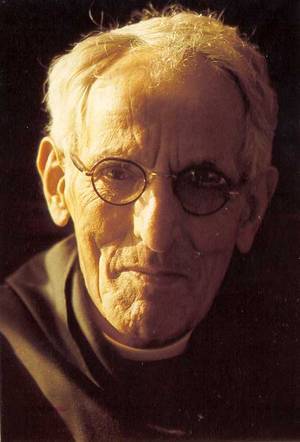 He spent the time to travel more than 100,000 miles to search for distinct original bee races mainly in countries where the native strains had been genuinely kept and maintained. After years of long and diligent breeding experiments carried out at the breeding station of Dartmoor, the final result was the Buckfast bee.


Buckfast bees possess a number of good traits such as, they are quite tender , they make the best pollen collectors, they can tolerate tracheal mites, chalkbrood resistant, low swarming instinct and they do well in winter times.


However, there is the main disadvantage of the Buckfast bees which is that they are very generous in the use of propolis to adhere the surfaces of their hive, which is against the principle of the modern hive where the comb should be easily removed for inspection.


These bees are widely available in the United States. Because of the resistance to the Tracheal Mite and their easy availability, they are good bees for beginners to start their beekeeping journey.


Before you pick any particular strain to check the experiences of other beekeepers with that breed. Check if that they have used the stock you are considering. Find out how a particular bee strain was for them.

Ensure also in making your choice also consider your location and climate needs.

Today the Buckfast apiary still thrives and looking forward to proceeding in the development of more superior breeds especially those which are Varroa resistant as well as new breeds with higher productivity. Thanks to Brother Adam.