Have you ever wondered how Honey bees make honey? 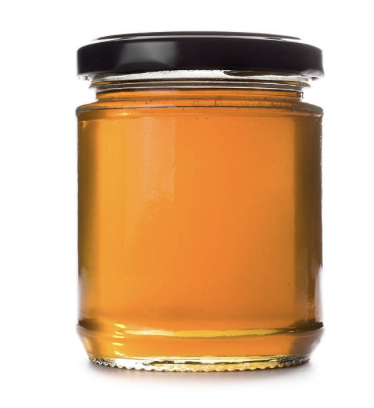 How do they convert flower nectar into the delicious golden fluid we pour on our waffles and mix in our echinacea tea when we get sick?

It turns out that making honey is such a highly industrious process, it makes building the pyramids a snap.To make a single pound of honey, the bees that produce it must collectively travel fifty-five thousand miles!

However, they usually don’t stray further than about a four mile radius from their hive.This means a lot of trips back and forth between the neighborhood flowers and the hive.As bees visit each blossom, they use their long straw like tongues to suck up the flower nectar which consists of a dilute solution of about thirty percent sucrose (common table sugar) and seventy percent water.

They store this nectar in a honey sac, sometimes called their honey stomach, not to be confused with their real stomach.When the honey sac is full, the weight of the nectar will be almost equal to their body weight.

Still, the bees manage to carry this heavy payload back to the hive, a herculean effort.Once they arrive back at the hive, they pass the honey to other worker bees who chew externally on the nectar using their mandibles (hard mouth parts).The purpose of this is to remove much of the water in the nectar concentrating it down into a much thicker liquid that consists of only around twenty percent water.

However, even at this much more concentrated state, the liquid is still not quite as thick as honey.At this stage, the bees put droplets of this more concentrated fluid into individual hexagonal cells of the beeswax honeycomb.

The bees then fan the thickened fluid so it loses a little more water and obtains the viscosity that we know as honey, about eighteen percent water content.Then the bees seal the honey inside a cell within the honeycomb with a beeswax cap to protect it from becoming contaminated, much like we seal canning jars to preserve food.

So, that’s the overview of how do bees make honey but we need to go back and fill in a couple of details.

There is an enzyme called invertase in a bee’s mouth that converts the sucrose in flower nectar into two simpler sugars, glucose and fructose.After this chemical reaction occurs, another enzyme called glucose oxidase converts a small amount of the glucose into gluconic acid and hydrogen peroxide.It is this gluconic acid that converts honey into a highly acidic (low pH) medium that retards the growth of bacteria and fungi.

This is how honey can can be stored inside the waxy honeycomb for years without it going rancid.This is also why it doesn’t spoil for the winter when bees depend on it for food when the flowers are not blooming.

Thus, this is the story of how do bees make honey.We’ll leave you with this astonishing fact that you can think about the next time you’re spooning honey into your tea.It takes eight bees working full time for their entire lifetimes to make one single teaspoon of honey! 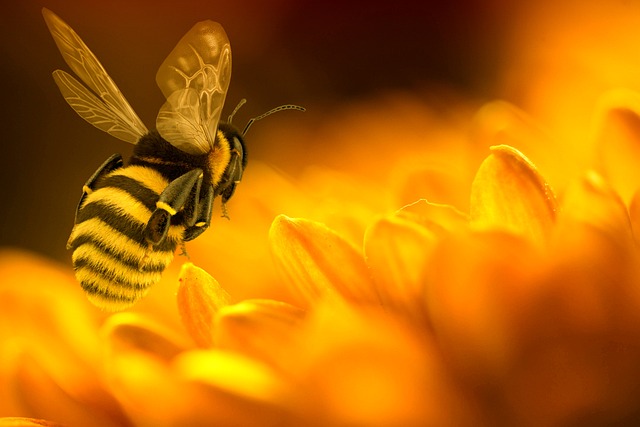 The first step of the process of making honey is to gather nectar from a large variety of flowers and plants, mostly during summer months.

The worker bees are sexually immature females that work intensely to visit the flowers (fruit tree blossoms, dandelions, clovers) and then carry the load of nectar to the bee hive and this strenuous effort costs them their lives, because they live for only six weeks.

After the worker bees have collected the nectars from 150 to 1500 various flowers and stored in their special honey stomach (separated through a valve from their digestive stomach) they return with their load of nectar to their beehive in order to start the production of honey.

They only return when their specialized stomach is full, practically weighing as much as the bee and containing 70 mg of nectars. The field honeybees which have gathered the nectars transfer their load to other hive bees using their tubular, straw-like mouth parts known as proboscis.

The recipient (hive) honeybees begin to process the nectars in their mouth and in their honey stomach by adding special enzymes which break down the complex sugars present in the nectars into simple sugars, for the purpose of making them more easily digestible by the bees.

These simple sugars are less susceptible to crystallization. This process known as inversion lasts for almost half an hour. In addition, this conversion process also makes the honey an extremely stable food against various bacteria, molds and fungi and allows it to resist for years without refrigeration.

Thus, the enzyme known as invertase that is produced by the bees transform the sucrose, which is a disaccharide into fructose and glucose, which are both monosaccharide’s or six-carbon sugars.

A second enzyme, which is called glucose oxides, transforms a small portion of the glucose into hydrogen peroxide and glycolic acid. The latter natural compound is responsible for turning the honey into an acid environment with a very low pH where various kinds of pathogens cannot survive.

Hydrogen peroxide also protects, albeit for the short-term, against these harmful microorganisms, in particularly during the process of making the honey and during its dilution for the purpose of feeding their brood.

After this necessary alteration, the honeybees deposit small droplets on the upper side of the cells in the honey comb, where the final step of the transformation process into viscous honey occurs.

Before placing it into the honey combs for the winter months, an evaporation process takes place for the purpose of reducing the water percentage from 80% to only 17-18% and providing a high osmotic pressure.

The evaporation of excess moisture is accelerated by the warm temperatures, of 95 degrees Fahrenheit, in the beehive as well as by the flux of air which occurs after the nectar is placed into the honey combs. In order to make sure the required amount of air exists, all the honeybees begin to fan coordinately their wings, as a team.

Because the evaporation process in very important, the honeybees are active even during nighttime, when they can be heard forcing the circulation of air in order to progressively turn the sugars into honey. 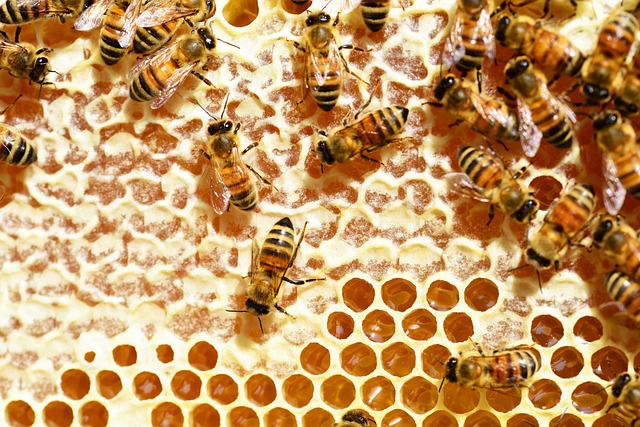