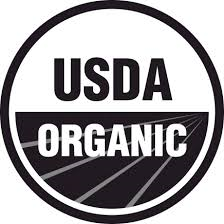 Kosher honey is a product that has been produced, processed, as well as packaged according to special Jewish dietary regulations, before it can be certified by certain kosher-certifying organizations.

Organic honey has to be produced, processed, as well as packaged according to the United States Department of Agriculture (USDA) regulations for organic products, before it can be certified as an USDA organic product. If it has this certification, the product label will contain the USDA organic seal.

In the U.S., honey certification grading is conducted voluntarily, and also by the USDA, which can provide fee-based inspections and grading. Honey is graded on several factors, including flavor and aroma, water content, along with defects and clarity. Honey is additionally classified by color, even though it isn't part of the grading scale.

Grade A - Water content is less than 18.6%. This honey has a normal flavor that is very good, and an aroma from the major floral source. It does not contain any caramelization, fermentation, smoke, chemicals, and various other odors. It's practically free from any defects that will affect its appearance and edibility. The honey's clarity is very clear, although, there may be some air bubbles. It may contain some pollen grains or other tiny particles, but these don't affect its appearance.

Grade B - Water content is greater than 18.6% and less than 20.0%. Reasonably good to practically free from caramelization, fermentation, smoke, and other chemicals. Reasonably free from substances that don't affect its appearance or edibility. Is reasonably clear, but it could contain some pollen grains, air bubbles, or small particles that don't affects its overall appearance

Grade C - Water content cannot be more than 20.0%. Fairly good to reasonably free from smoke, fermentation, and caramelization. Fairly free from substances, such as pollen or air bubbles, that don't affect its appearance and edibility.

Other countries have varying grading standards. For example, India grades their honey based upon additional factors, like the Fiehe's test and a few other measurements.