Honey bee swarming is something which will naturally occur over time; as a beekeeper who has been in this field of work you are likely familiar with this.

If you are new to keeping bees, or simply live in an area where they frequent, it may seem threatening or overwhelming.

However, it is important to note that more often than not, swarms are not dangerous, unless they are provoked. With this in mind, proper removal is important to avoid over filtration, avoid the smell which comes along with it, and possible gases and toxic fumes which swarms may produce.

How do you go about controlling the swarming hives, these are a few simple methods to consider trying out.

This method should be used in conjunction with others for best results. Basically, it is the elimination of all queen bee cells from the colony. With all queen cells being gone by doing this procedure the colony will take while to swarm, it will typically ruins their plan. If this route is used however, doing so in conjunction with other techniques will prove beneficial.

This method is intended to trick the bees to believe a colony is already in place. By removing the queen from the colony, most worker bees typically won't brood on their own.

You will basically create a separate stand or "artificial colony" nearby to where the swarming is beginning. Doing this will cause confusion and it also requires too much effort for the bees to swarm in an area where another colony is already in place.

Removal of The Nucleus

Basically, this is removing the queen bee from her colony, to eliminate possibility of swarming becoming overwhelming.

Patience is required using this method as you will create new, individual colonies (splits) by cutting out the queen bee, which will force new, younger worker bees, to begin an individual colony. Then re queen them.

Use of Chemical Products

Although this should be a last resort method, as there are other productive methods which can be used, if the swarming becomes too overwhelming or dangerous for you to approach, then using different insecticides or products which are intended to remove swarms, may be an alternative route.

If this is the chosen method, consider toxic free, safe products, which will not kill the bees, but only physically force them to move from the area where swarming has taken place so they can survive and continue to thrive. 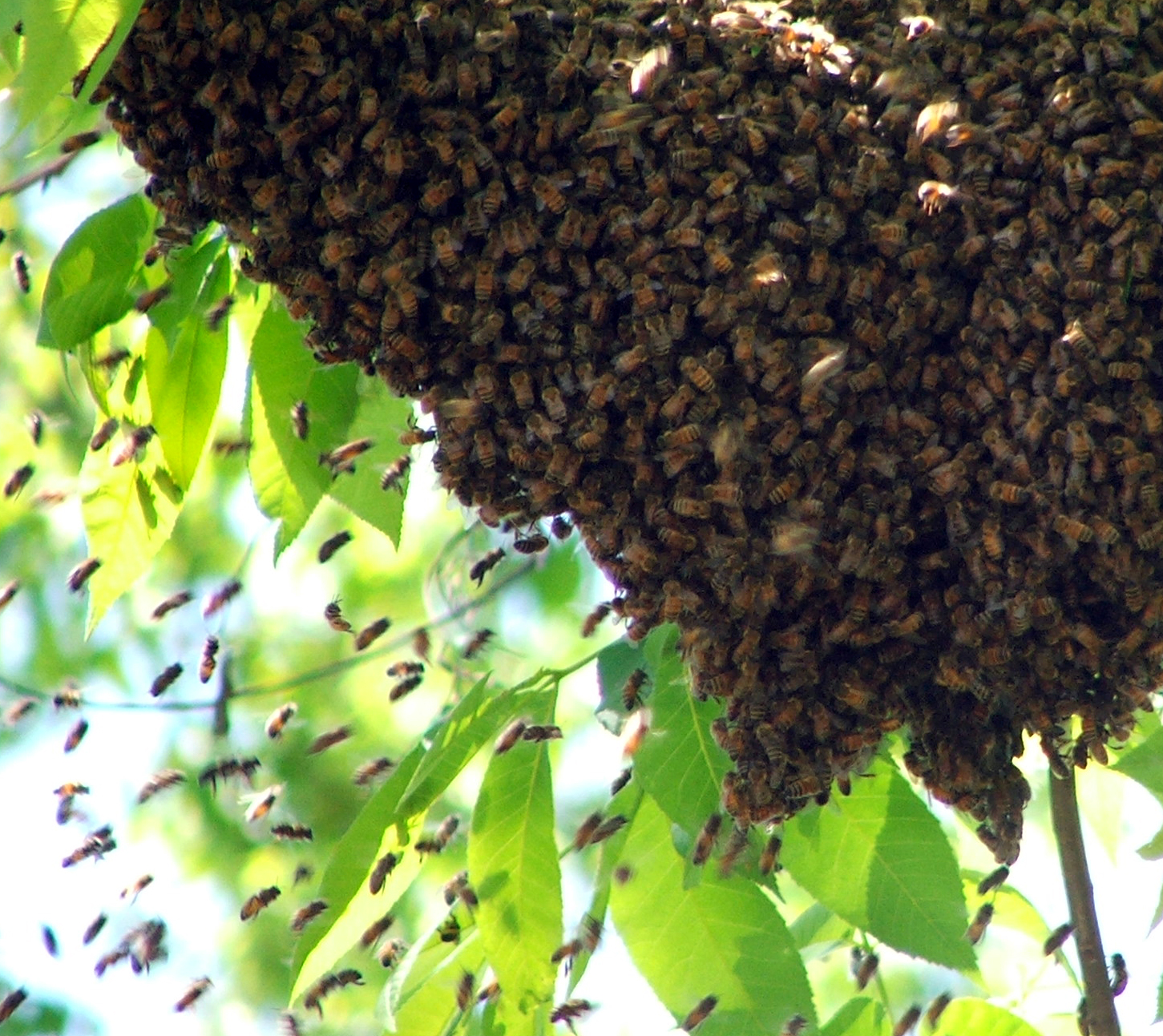 It is also important to ensure you know what you are doing, in order to avoid possible injury or killing bees, especially if you are a new beekeeper and simply wish to avoid heavy areas of swarming.

There are a number of companies which specialize in this area of work, know which techniques will work in certain cases, and can properly use the tools which are required, in order to remove the swarms, and also to prevent the possible formation of future swarms in the area as well.

By preventing swarming prior to it occurring, not only does this allow your colonies to thrive in the production of honey, it also is going to keep the area clear and safe for beekeepers to cultivate their colonies and hives.

Regardless of the location you choose to set up an apiary or your colonies, it is important to do so in an area where they can easily be kept, maintained, and where you can keep an eye on the area, so as to ensure swarming patterns do not begin to develop where the bees are located.

Regardless of which method you choose to remove swarms, if at all possible, preventing them from occurring in the first place is obviously the ultimate goal. If however swarms are prone to occur in the area where you are bee keeping, or if you notice the initial formation of a swarm (which is very common to occur), then taking appropriate steps and precautions is critical to safe and proper removal.

If at all possible, beekeepers should look for methods which will avoid killing the bees, but if dire situations do present themselves or swarming persists, it may be best to consider hiring a professional pest control company, to take appropriate measures for swarm removal.