Honey Farms: Take a Tour and Become Part of a Larger Movement

Almost anyone can start a backyard beekeeping sideline business.

Those with larger urban yards or small semi-rural or rural properties can go bigger and actually start honey farms.

In these latter cases, a profitable honey farm can turn into the primary source of income for an individual or a family.

For decades, Americans moved away from connecting directly with the producers of food.

Instead, they relied entirely on big chain grocery stores to supply their nutritional needs.

They bought milk every week but had never actually milked a cow or even ever saw a cow being milked.

They bought honey in bear-shaped plastic containers but had no idea what a bee hive looks like or had even an inkling how bees turn flower nectar into honey!

Luckily, this is all changing and local honey farms are part of this larger movement!

They go to farmers markets so they can talk directly to the farmers who are producing the tomatoes, leafy greens, peaches, and raw honey they buy.

They also want to feel more connected to the food they eat so they visit the farms that produce the eggs they feed their children. They want to see with their own eyes how the chickens are treated and what the chickens eat.

They don't just automatically believe the term "pasture-raised" printed on a cartoon of eggs.

Likewise, they have a keen interest in seeing the bee hives that produce the honey they feed their families. 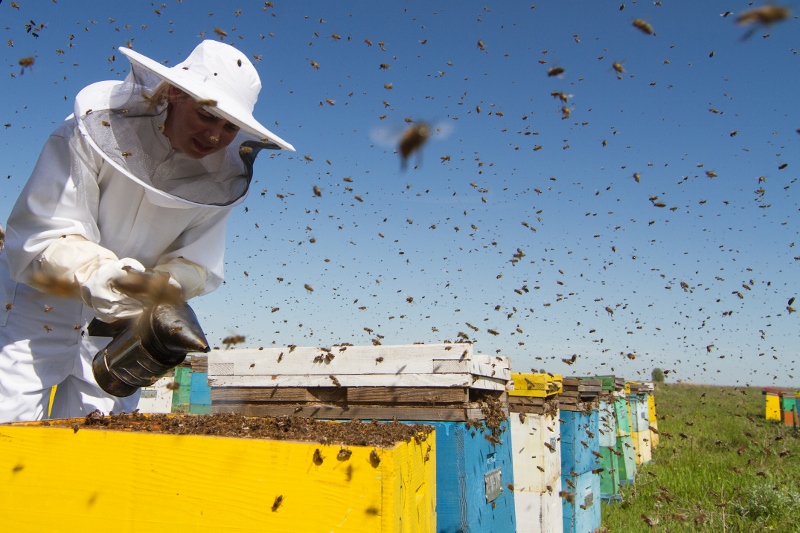 With all of this renewed interest in people wanting to know where their food is coming from and how it is produced, farmers often give tours of their farms.

Sometimes they even host celebrations with music, craft booths, games for the kids, and other festivities to draw people in. Some communities have organized festivals around a locally produced crop with multiple farms signing up to give tours of their farms.

For example, the Sequim Lavender Festival takes place every July on the Olympic Peninsula where locals and tourists can visit several lavender farms in the region, timed perfectly of course when fields of lavender flowers scent the local air.

Honey farms have joined in on this fun and many are now offering tours and the response has been tremendous. In some cases, such as Hunter's Honey Farm in Martinsville, Indiana, they do this on an ongoing basis with a certain set weekly schedule.

They are visited by private patrons or by organized groups such as a student field trips to see how beekeepers raise bees and how bees collect honey.

Some honey farms only give tours are at certain times of the year, sometimes in association with a local festival.

Regardless of the schedule, the response is generally overwhelming.

Many honey farms also have a small store where they sell their own honey but also other bee related gift items such as beeswax candles and beeswax soap.

Like wine tastings, honey farms may also offer samplings of different varieties of honey they produce and or sell.

Some honey farms, such as Boyle Bee Farm in Queen Anne, Maryland, set up special demonstration hives that allow a closeup look at how bees perform their magic!

Big Island Bees in Hawaii created a museum where people can go and learn about how bees make honey and about the need for bee conservation.

They provide a screened area to protect people from being stung while they show them the queen and worker bees in the process of making honey up close.

We encourage you to look for a honey farm tour in your region!