Infants and Honey-Why Infants Should Not Be Fed Honey 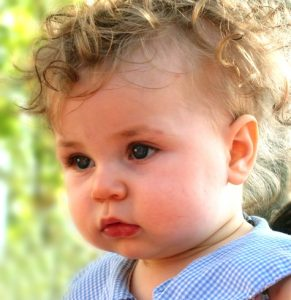 One of the most frequently asked questions when giving foods to children is whether it is a great idea to give honey to infants.

As a general medical advice to parents, infants and honey is not a great idea and should not be given to children who are under the age of one year.

It is also not advisable to add honey to food, water or any formula of food that is to be given to such kind of infants.

It must also be noted that the same applies to not only natural foods but also baked or processed food.

In fact it has been said that infants who are under the age of one year should not be fed with any source of honey.

There are many people who feel that giving honey to infants that are under one year of age is of no danger because honey may have helped their babies in one way or another.

Some cultures continue to feed their babies with honey as from the time they are born and even continue to incorporate it in their diet.

Though you may find a lot of sources of information criticizing giving honey to infants, it is always recommendable to discuss this issue with your pediatrician.

One of the reasons as to why you should not give honey to infants who are under the age of one year is that it contains botulism spores which can cause botulism poisoning.

There are variations in the rate of contamination of honey with botulism spores according to places due to the presence of botulism bacteria.

There are some places which have got botulism bacteria while other places do not have the bacteria.

Consumption of honey mostly takes place when honey is in raw form and is typically not radiated, sterilized or even pasteurized.

But remember that pasteurized honey has got botulism spores and it should not be given to children who are under one year.

In the case of adults, the amount botulism spore that is not ingested is negligible because they have got intestines that are mature.

These intestines have adequate acids to counteract toxins that are produced by the botulism bacteria.

The only way in which you can kill botulism spores is when there is presence of high levels of heat that can be obtained from a pressure caner.

Botulism spores cannot be destroyed under household methods of cooking and temperatures.

That is why it is not safe to feed infants even with baked or pasteurized food that contain honey.