The Art of Hunting Honey From Wild Bees

Honey hunting from wild bees is an old craft which involves following the honeybee to their colony, in an effort to go honey harvesting and collect honey.

Their colonies are typically found in hollow trees. The end reward?

Of course collecting the fine harvest of the golden honey, and in many instances, you can collect the wild bee to start your own apiary outside your home, or an open space you have available for this hobby of yours. 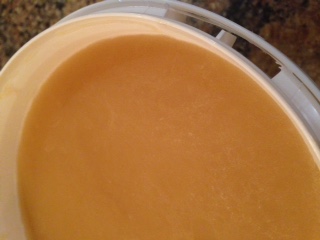 One might think that the deep countryside is the only place to collect honey from wild bee; this however is the furthest thing from the truth. In many instances, in the middle of the city or crowded areas, you can typically find the wild bee and go honey harvesting nearby to where you live.

The first major flow of the year typically occurs early in the spring months of the year and makes for the easiest time of the year to track down the wild bees you want to hunt and harvest honey from.

When honey hunting, collecting honey from wild bees shouldn't be to hard; in fact, there are a few forms of bait which can be used to lure them in an effort to harvest the honey.

Make sure you track the flowers or areas where they are collecting the nectar from, to produce the honey.

Being in the general vicinity and area of harvesting is the most important part to capturing a vivid set of wild bees and harvesting a large quantity of honey.

Provide your own source of nectar to bring to the area (a 50/50 mix of sweet blended with water should do the trick).

Not only will this natural bait keep them coming back to the area, but is going to allow you to harvest greater volumes of honey at a time as well.

Upon collecting the sugar nectar bait you place, each bee colony will return to their tree or hive area. In turn, they will continue returning for the honey allowing you to lure in the bees for collection to build your own apiary.

It is a good idea to start the hunting in areas where bees are found in high volumes and are already foraging for honey.

Collecting the bees is the next part of your endeavor to capture your wild bee harvest.

Boxes, cartons, or even something as simple as a cigar box can be used to hold the bees in containment, upon capture, until you can take them to the area you plan on setting up your apiary.

It is a hobby/craft which has been going on for several years.

With this in mind, wild bee hunting should be done carefully and in areas where vast number of bees are found.

Capture and baiting them is simple, and for beekeepers or bee enthusiasts alike, this is a great craft for enjoyment, and eventually developing your own bee apiary and producing your own honey over a period of time.