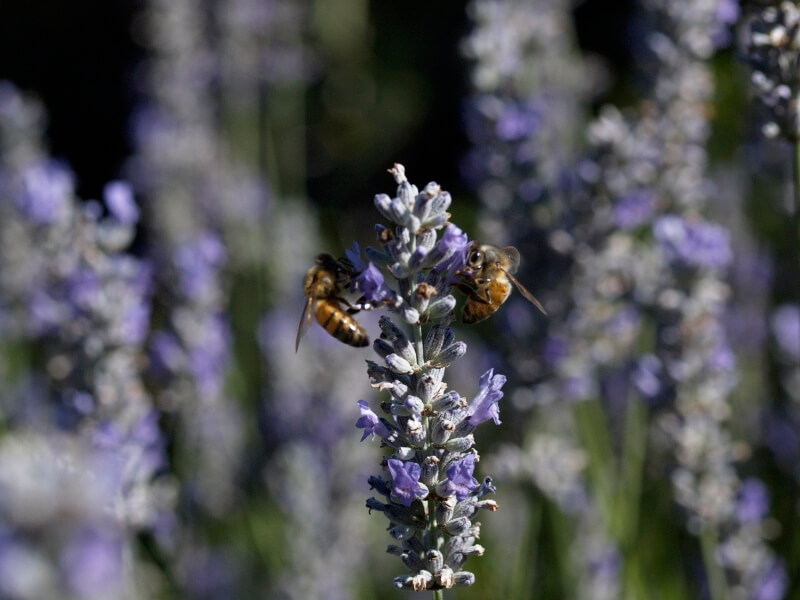 If you are interested in the Honey bee's habitat because you love honey bees a lot or even want to keep some for honey production, you should know that according to specialists, they generally live in heavily forested and tropical areas. While honey bees can thrive in domesticated or natural environments, they generally prefer living in meadows, orchards, woodlands, gardens and any other areas where there is an abundance of flowering plants. Within the natural habitat of the honey bees, you will see them building nests under the edges of objects and inside tree cavities in order to hide themselves from predators.

There are many people out there who believe that honey bees originated in Africa and eventually spread to the Americas, China, India and N. Europe. However, due to the fact that people have domesticated and used them for honey production, they can now be found worldwide in various habitats.

Compared to other species, the honey bees living in temperate climates, like the European honey bees, can store a greater amount of honey and that is due to the fact that they have to maintain a certain temperature inside their nest if they are to survive during wintertime.

Honey bees that live in this environment can easily adapt to it, but only if the workers can create a big nest with properly insulated interiors. In the spring, in order to create enough honey for the next winter, foragers will start swarming early.

On the other hand, when it comes to the bees that live in tropical habitats, like the African honey bees, they don't need to worry about building well insulated and large nests, because they don't experience long weeks of freezing cold temperatures. That is why they will get to store large quantities of honey or produce thousands of workers.

In general, for honey bees living in a tropical habitat, swarming is largely dependent on the available food sources and their abundance as opposed to seasonal factors. However, it doesn't matter if bees live in a temperate or tropical climate, because they all need to always ensure the temperature of their hive is constant and measures between ninety and ninety five degrees Fahrenheit.

In the wintertime, honey bees use their metabolic heat and consume honey to provide warmth for every individual in the colony. On the other hand, in the warmer seasons, they will use the liquid from the stored nectar as a special type of evaporate coolant to maintain a certain temperature in the colony. As a result, regardless of the seasonal changes, their interior habitat will remain the same.

The dispersion of honey bees is largely due to their domestication for beeswax and honey and that is why nowadays they can be found in all regions of the world. This is not a new phenomenon and it has actually been carried out for millennia. Because of that, we can easily say that the habitat of honey bees is not a specific one, but they can actually thrive in a variety of habitats, both man made and natural, provided they are cared for in order to foster their honey making capacity.