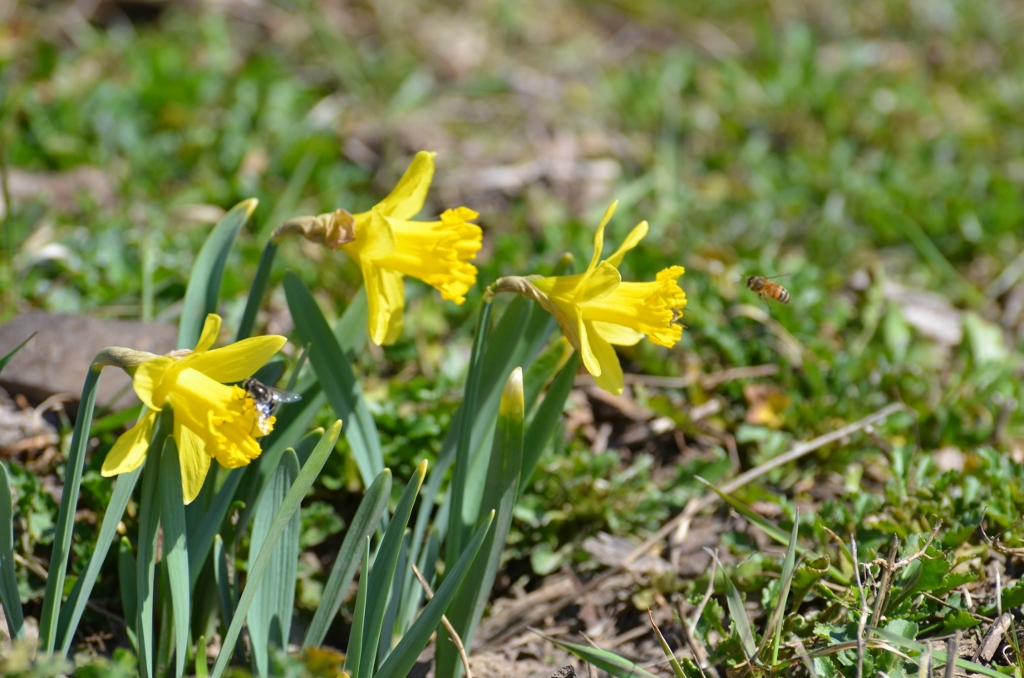 How do bees make honey?

The first step of the process of making honey is to gather nectar from a large variety of flowers and plants, mostly during summer months. The worker bees are sexually immature females that work intensely to visit the flowers (fruit tree blossoms, dandelions, clovers) and then carry the load of nectar to the bee hive and this strenuous effort costs them their lives, because they live for only six weeks. Plant nectar is a liquid incorporating 80% water, natural complex sugars ( mostly sucrose) and essential amino-acids, including arginine, proline, alanine, isoleucine, serine, valine and glycine. Different kinds of nectar are the primary source used by bees to make honey.

After the worker bees have collected the nectars from 150 to 1500 various flowers and stored in their special honey stomach (separated through a valve from their digestive stomach) they return with their load of nectar to their beehive in order to start the production of honey. They only return when their specialized stomach is full, practically weighing as much as the bee and containing 70 mg of nectars. The field honeybees which have gathered the nectars transfer their load to other hive bees using their tubular, straw-like mouth parts known as proboscis.

The recipient (hive) honeybees begin to process the nectars in their mouth and in their honey stomach by adding special enzymes which break down the complex sugars present in the nectars into simple sugars, for the purpose of making them more easily digestible by the bees. These simple sugars are less susceptible to crystallization. This process known as inversion lasts for almost half an hour. In addition, this conversion process also makes the honey an extremely stable food against various bacteria, molds and fungi and allows it to resist for years without refrigeration. Thus, the enzyme known as invertase that is produced by the bees transform the sucrose, which is a disaccharide into fructose and glucose, which are both monosaccharide’s or six-carbon sugars.

Tales From the Hive

A second enzyme, which is called glucose oxides, transforms a small portion of the glucose into hydrogen peroxide and glycolic acid. The latter natural compound is responsible for turning the honey into an acid environment with a very low pH where various kinds of pathogens cannot survive. Hydrogen peroxide also protects, albeit for the short-term, against these harmful microorganisms, in particularly during the process of making the honey and during its dilution for the purpose of feeding their brood.

After this necessary alteration, the honeybees deposit small droplets on the upper side of the cells in the honey comb, where the final step of the transformation process into viscous honey occurs. Before placing it into the honey combs for the winter months, an evaporation process takes place for the purpose of reducing the water percentage from 80% to only 17-18% and providing a high osmotic pressure.

The evaporation of excess moisture is accelerated by the warm temperatures, of 95 degrees Fahrenheit, in the beehive as well as by the flux of air which occurs after the nectar is placed into the honey combs. In order to make sure the required amount of air exists, all the honeybees begin to fan coordinately their wings, as a team. Because the evaporation process in very important, the honeybees are active even during nighttime, when they can be heard forcing the circulation of air in order to progressively turn the sugars into honey.