Mead, which is also referred to and known as honey wine, is just that. It is produced using honey and a natural fermentation process for the taste to develop as it ages.

It has been around for centuries.

In fact, it is known under its own category or "breed" of liquor. It is not categorized as wine product.

Instead, the honey wine, like a cider, is one which falls into its own category, due to the fermentation process it takes, which is unique from other liquor fermentation.

Created by fermenting honey, it differs from traditional wine which is fermented using fruit.

How Old Is Mead?

It is quite possible that mead, or honey wine, is the oldest known alcoholic beverage on earth.

Yes, it has been around that long.

Back in 7000 BC, it is suggested that Chinese pottery vessels were used to ferment honey, and the individuals were more than pleased to find out the end product of the fermentation process.

Rainwater which fermented in hives, might also have been a source for the fermentation process to occur during its early stages of production.

It is known to, or is linked to, medical treatment which dates back several years, and was begun in European countries like England.

By blending the honey wine with spices and other herbs, or with different fruit varieties, it has been linked to helping aid in the digestive process.

So those suffering from an upset stomach often drank this golden elixir as it has become known over time.

It has also been linked to being used to treat depression, and alleviate different types of pain or discomfort (typically stomach related, GI issues).

Regardless of whether being used to get a buzz, or simply to help alleviate butterflies in the stomach, it is a simple solution for both.

It will greatly vary in flavor.

Of course the fermentation process it takes on, but also because of the many different varieties of honey which are used to create the mead.

Honey used will greatly dictate the flavor which the honey wine is going to take on.

Mild, orange blossom honey are typically used in the production of wine for sweeter varieties.

Bolder flavors, the use of blackberry or buckwheat honey is used, to create a richer, spiced mead blend during the fermentation process. 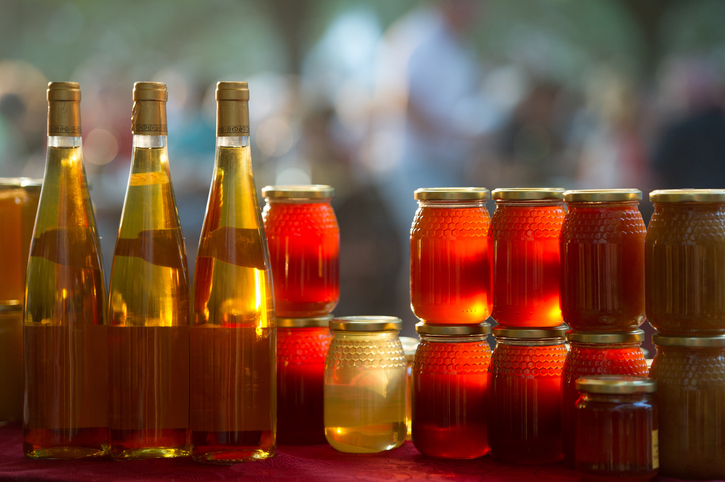 For more information on how to make a fruit mead, a mead with herbs or spices or a traditional mead, check out this page.

No two bottles of honey wine are alike.

And, due to the fact that about 30 lbs are required for one batch bottled with my recipe, every bottle of the sweet, golden elixir, is extremely rare and precious (even today where mass production and factories can produce in far greater quantities than was the case when it was initially introduced as a wine beverage).

Regardless of the desired taste, honey wine is one of the oldest, and one of the most refined blends, for those who are looking for the best of both worlds when it comes to drinking wine, or a special drink to toast a particular occasion.